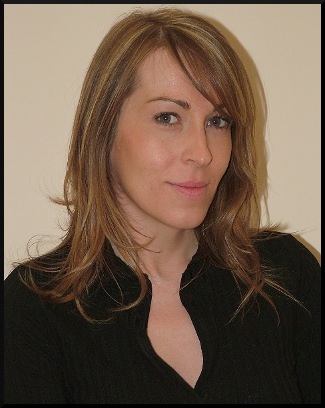 She was so beautiful and I will love her for ever.

Sorting out and 2nd visit to a medium. 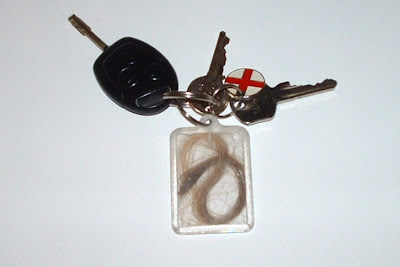 So here I am in 2013, another year ahead stretches dauntingly before me, another year in which Alison will not have existed. Twenty one months on and I still cannot believe she is not here, all those months without her, yet it still seems like she was only here yesterday. I think of her and I miss her every moment of the day, as crazy as it seems, I still worry about her! She was the absolute centre of my universe, my life revolved around her, with the centre of my universe now missing I'm a lost soul trying to adjust to this new life of no choosing and it is so bloody hard!
Those who knew Alison well, can understand the void that is now left in my life, such was Alison's vibrancy they have a void as well, she certainly left a footprint in many a heart.
January was a tough month to get through mentally, I really did fall back into the deepest depths of grief.

Thankfully come February the deep grief abated.
I decided that the time was right to start sorting out the house and finally go through all Alison's stuff and get it organized and put into one area of the top floor of the house.
I started with clearing out under the bed, always a place where stuff is just rammed under out of sight. I have been wanting to sort out under the bed for a long time hoping to find maybe one of Alison's discarded gel nails.
Every couple of months she used to have her gel nails replaced, the night before having them replaced,she would sit in bed pinging off the old ones.
I felt sure there would be at least one discarded nail under the bed. Such little things that once were totally unimportant, become very important.

So anyway everything was cleared out from under the bed and all the dust hoovered up, no nail found though and I searched really carefully before hoovering. But when that was complete, I thought I would just run the hoover over the large red shaggy rug I have at the foot of the bed and there in the middle of the rug was a small gel nail ! So pleased, obliviously destined to find it, so another little item to add to her memory box.

With the bedroom done, the hardest task was to follow, sorting out Alison's space, at the top of the house, I made a start, but it is still on going. Even though I'm not throwing anything away, sorting out all her stuff and putting it in one corner of the room, is like tidying away her life, it rams it home to me that she is no longer here, that her life does not exist any more and all I see in front of me is history.
Starting this sorting out when I did, was two fold, I had made a booking to see the medium I saw just under a year ago. I wanted to do something current that possibly could be mentioned in the reading, that Alison was aware that I had sorted out the bedroom and had started on her space at the top of the house.
You will have to read what follows, to see if Alison was aware.

So the 2nd visit to Susan, the medium;
I was more anxious prior to this reading, than the first. With the first I had nothing to lose, my beliefs in afterlife back then were not as strong and absolute as they are now, so for her not to come through on that first visit, was not as paramount, as it was now for her to come through on this second visit.

If she didn't come through this second time, how would it make me feel, would it set me back, would it make me question my belief, I would be constantly asking myself why didn't she come through, had she completely disconnected from the earth plane never to visit again.
So I had a lot to lose this time round!

This time I would tape the reading on my video camera, something I really regret not doing last time. So I arrived and sat down in front of Susan, I had taken my jacket off and laid it beside me on the sofa, I placed the video camera just in front of Susan, the lens just focused on the arm of her chair, as I assumed it rude to video Susan, after all it was the voice recording that I wanted.

Susan closed her eyes for about a minute, I thought it too good to be true for Alison to come through instantly like last time, I thought to myself,it will more likely be some distant relative that I had long forgotten about, who I had no interest in hearing from.
But Alison didn't disappoint, straight away she was there, what followed was an hour of non stop Alison.

I have a lady here, not an elderly woman, a much younger woman, she has shoulder length hair, Susan then went on to describe Alison's personality perfectly. I had no doubt it was Alison, like before I could feel her presence.
The Waterfront in Ipswich was mentioned again as a place that holds many memories, so true, Alison was down there daily. Susan said she was also being shown a road near to the Ipswich town football ground, the road she was being shown is where I live, Susan had no idea where I lived.
She also liked the bustle of places like the Waterfront also markets and places like car boot sales, Alison did.

Susan then asked have you been de-cluttering, sorting stuff out very recently, I said yes, Susan said I'm being told you sorted a lot of stuff out and then put it back again, she is laughing Susan said, you put all that energy to sorting things and it's still there in the same place.
Susan then asked have you done something to the bed, connected to this de-cluttering, as I'm being shown a bed and she was with you when you were sorting out.

So there was my proof that Alison was aware of what I had done!

Susan then went onto describe more of Alison's personality and the things she loved, all of the description absolute accurate. She then said she had a hard few days mentally, leading up to her passing, this is very true, but I need not go into that.

Who's Phil, Susan asks, I said a friend who has recently come back into my life after a few years away, he has called in on me a few times for a cuppa. Have you been reminiscing about the past and going down memory lane talking about her with him, I said yes, well she is aware of that , she was there as well.

I'm getting a smell of tobacco, but not ordinary tobacco or cigars, would it be wakky bacy Susan asks, I said yes she occasionally used cannibis. Oh she says she is laughing, just as I got that wiff of smoke.

You have been asking her for healing for her mother she says. Once in a while I do ask for Alison to help her mum who has all but lost the will to live and is suffering with an illness that makes her ache from head to toe.
She has heard you ask and she is doing all she can to give her mum strength and she says thank you for being there for her mum.

She is saying thank you for the Xmas tree, she loved it, she knows it must have been so hard decorating it and so hard for me at Xmas.

Susan asks, have you done something about your glasses, something about having an eye test, she said you have been struggling with your eyes and you must keep the appointment as your eyes are so important, she says just because she is not here doesn't mean I shouldn't look after myself.

She did believe in a lot of things your lady, I would actually say she was open to the spirit world!
I said that she actually didn't believe in afterlife.
Well she does now Susan says.

Do you still have a pair of her shoes? As she is smiling and pointing down to my feet , but I haven't got any shoes on.
I then lifted my foot up, as I was wearing a pair of Alison's trainers!( must point out they are not easily recognisable as female trainers)
Well Susan said laughing, you can't get better than that for proof, what is the likelihood of a male partner wearing his partners shoes !

I'm seeing a Tattoo, Susan said, have you been thinking of having one. I said yes and have been playing around with designs, but I'm undecided.
She says you don't need to get one to remember her, as she is always in your heart, but if you want to you can
Susan then says, she loved flowers and I saw a rose fleetingly, but now I'm seeing a Lily and a possible Tattoo design based around a Lily.
Lilies were Alison's favourite flower and the designs I have been playing with have been based around a Lily!
You may remember the subject of Tattoos was mentioned in my first reading.

Is there a ring somewhere that is important to you both, I said yes an engagement ring, I have it at home.
Well she is wearing it now, even though you have it at home! It means a lot to her and she is so pleased it wasn't wasted, for example incinerated.
Do you cut your own hair Susan asked, or have you a cutting of her hair, she is saying someone cut a piece of my hair! and she is pointing to your jacket.
I then pulled out of my jacket my car keys, which have a a transparent key fob containing a lock of Alison's hair, ah Susan says well she knows you have that with you.

She is saying, that I still have a lot to do in this life and it is not my time, but when it is, the first face I will see is her and that I am still so much part of her life even though she is in spirit.
Susan then says, I can guarantee without doubt that you will be together again one day!

So there are the key points of my reading. I stayed for another half hour chatting about all things to do with afterlife,
I asked Susan about the fact there is no time in afterlife and it is something that is hard to get your head around.
She said it is hard to imagine, but if time existed there, ten years of earth time would be just nano seconds in afterlife.

I also asked about the amount of energy spirit need to exert to make contact, she said for them to come through to her, the energy needed is the equivalent of working hard, non stop for a week. Therefore the energy needed to move objects is far greater and to actually show themselves as an apparition takes even more, hence why it is so rare.

I asked about spirit completely disconnecting from the earth plane, from Susan's experience this never happens, they always stay connected to their loved ones.

So there you go, more proof that life does go on and that are loved ones are with us most of the time.

Posted by LIFE WITHOUT ALISON at 20:06